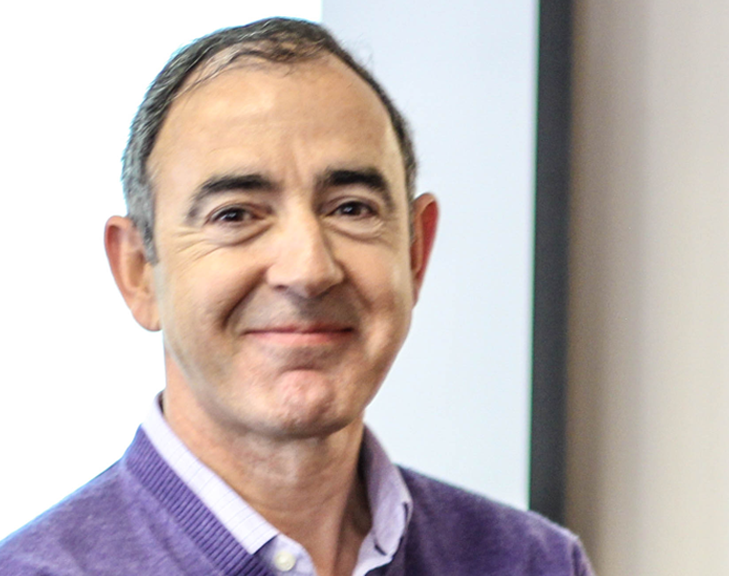 He is President Elect of the National Federation of Modern Language Teachers Associations (NFMLTA) and Chair of the MLAs’ Executive Committee of Applied Linguistics. 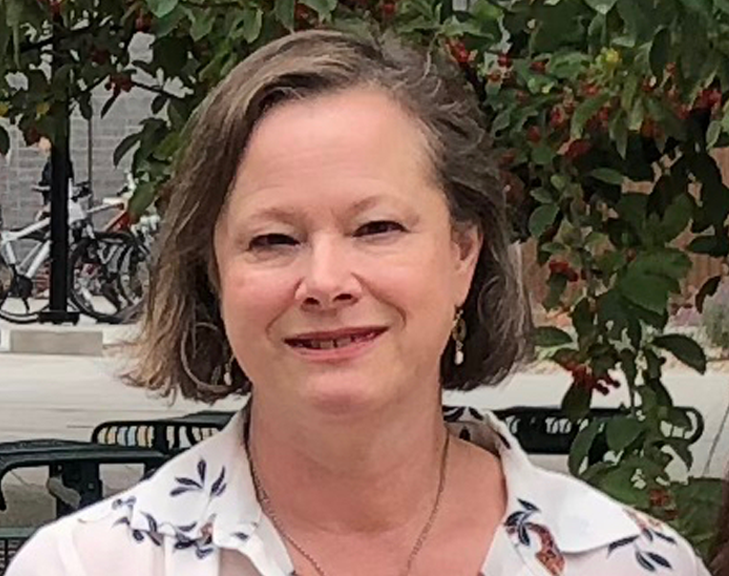 Interests: She has held university administrative roles (UC Berkeley, University of Pittsburgh and the University of Utah) for over twenty years.  She oversees L2TReC’s grant activities and manages the day-to-day operations of the Center. 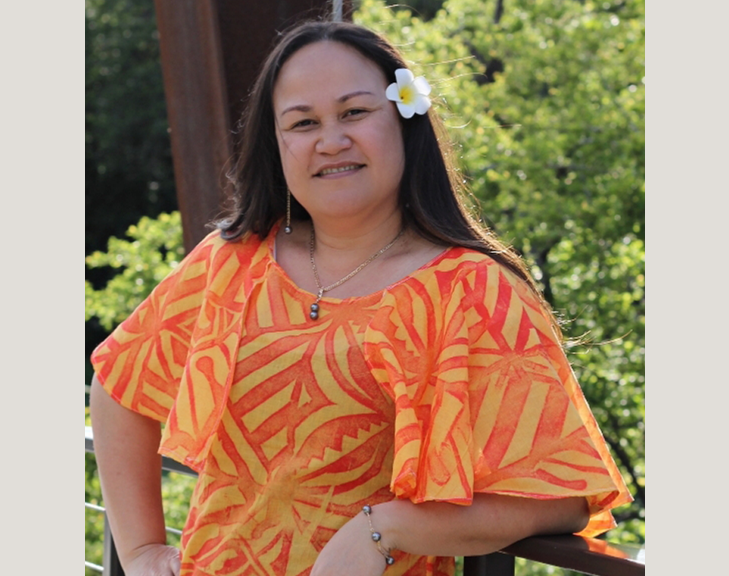 Interests: Before joining the center Lissie served as the Administrative Assistant to the Dean and Chair of College of Human Development and School of Education at the Brigham Young University Hawaii for 7 years. 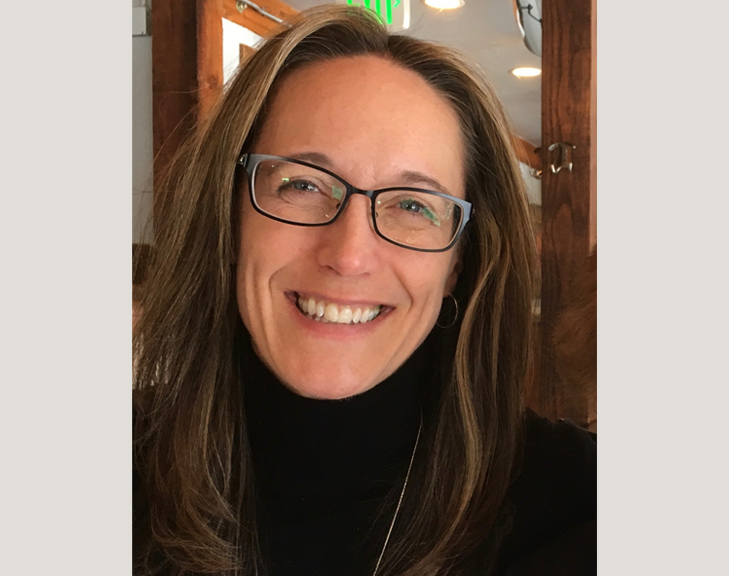 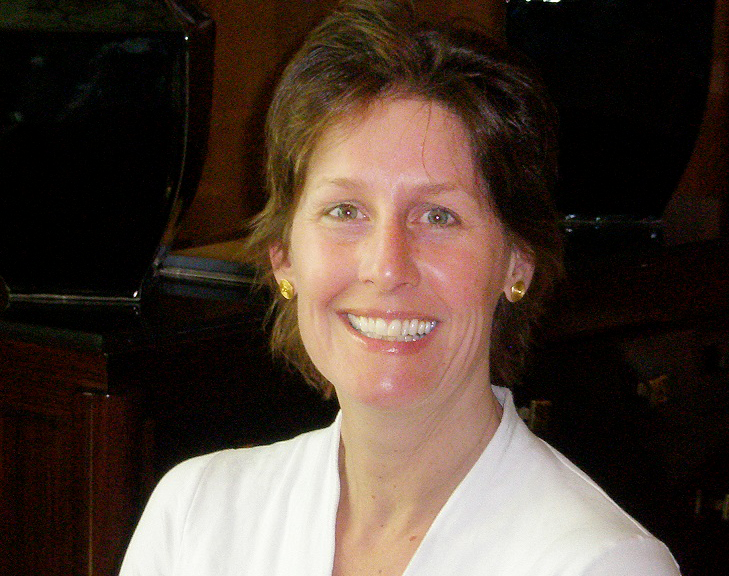 She serves as the co-chair of Utah’s World Language Council. 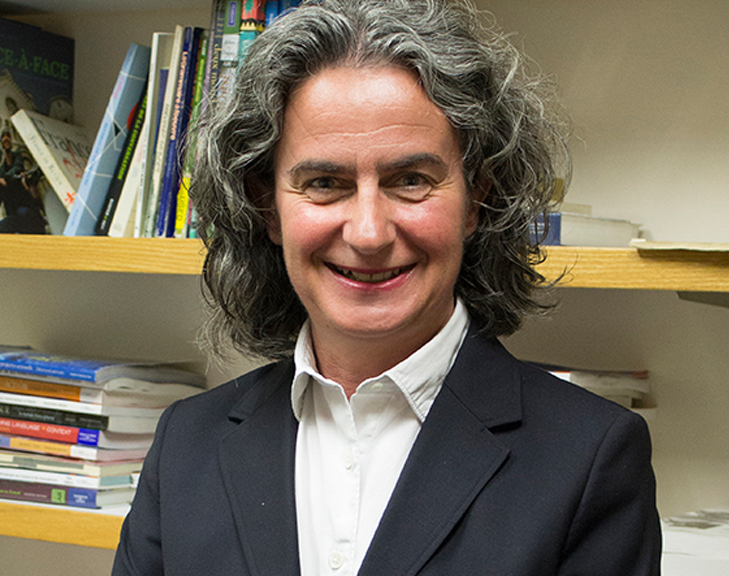 Recipient of the 2020 AATF Dorothy Ludwig Excellence in Teaching Award at the Post-Secondary level. She has been accredited as the Honorary Consul of France in Utah since 2017 and was recognized as Chevalier dans l'Ordre des Palmes Académiques in May 2017. 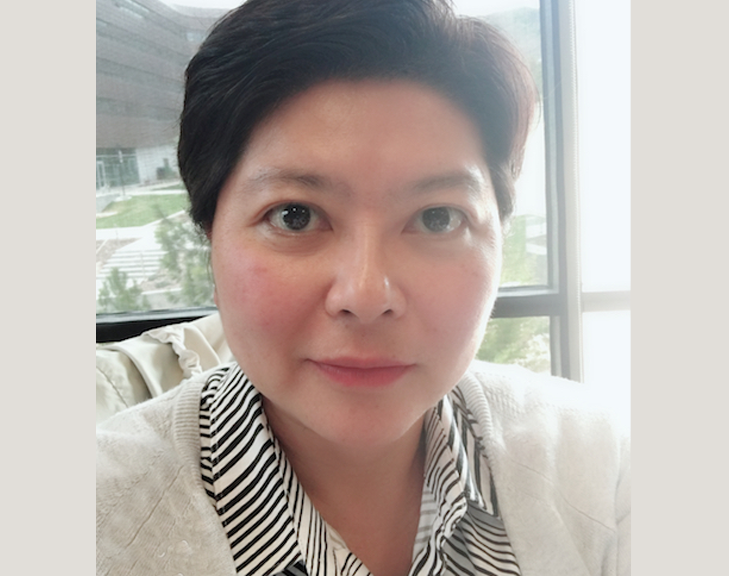 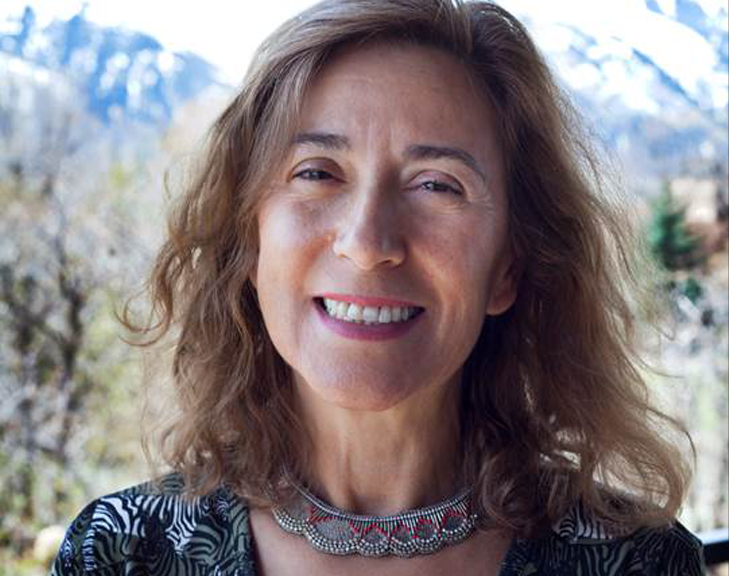 She is the former Director of the Spanish Resource Center at both BYU and the National Hispanic Cultural Center in Albuquerque, NM, and principal of a dual immersion school. 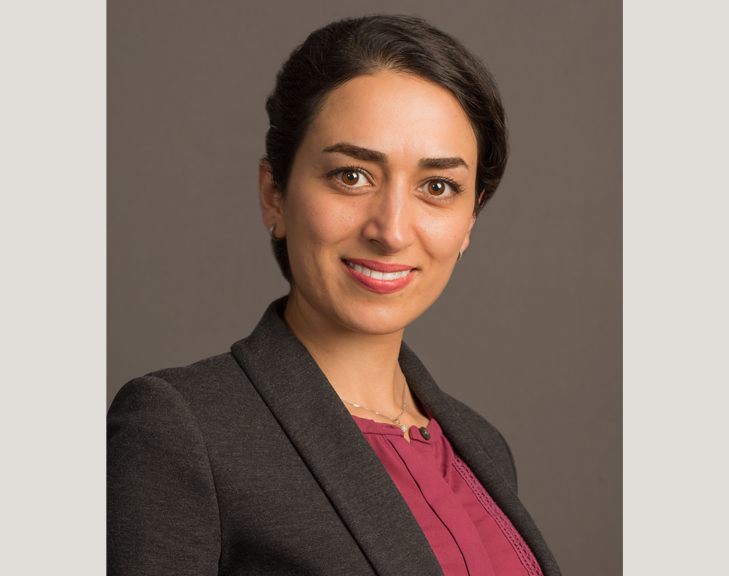 She oversees the development and maintenance of L2TReC’s multilingual spoken and written corpora. 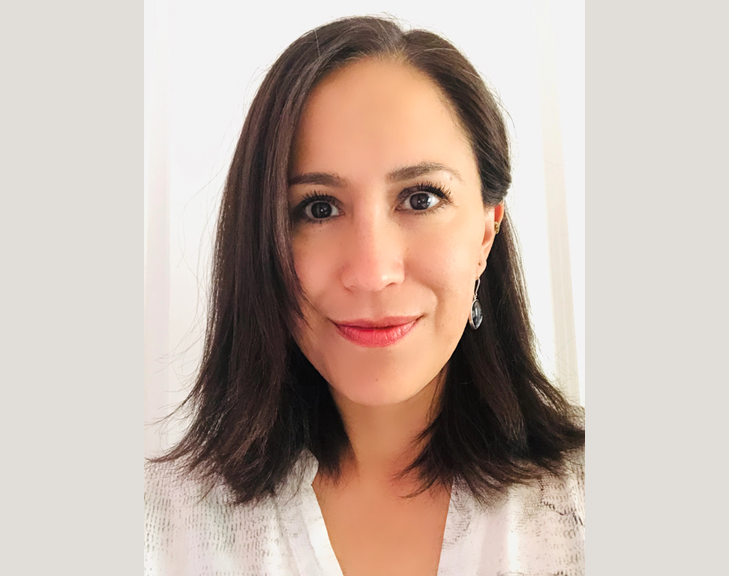 She serves on the board of Utah Women in Film & Television. 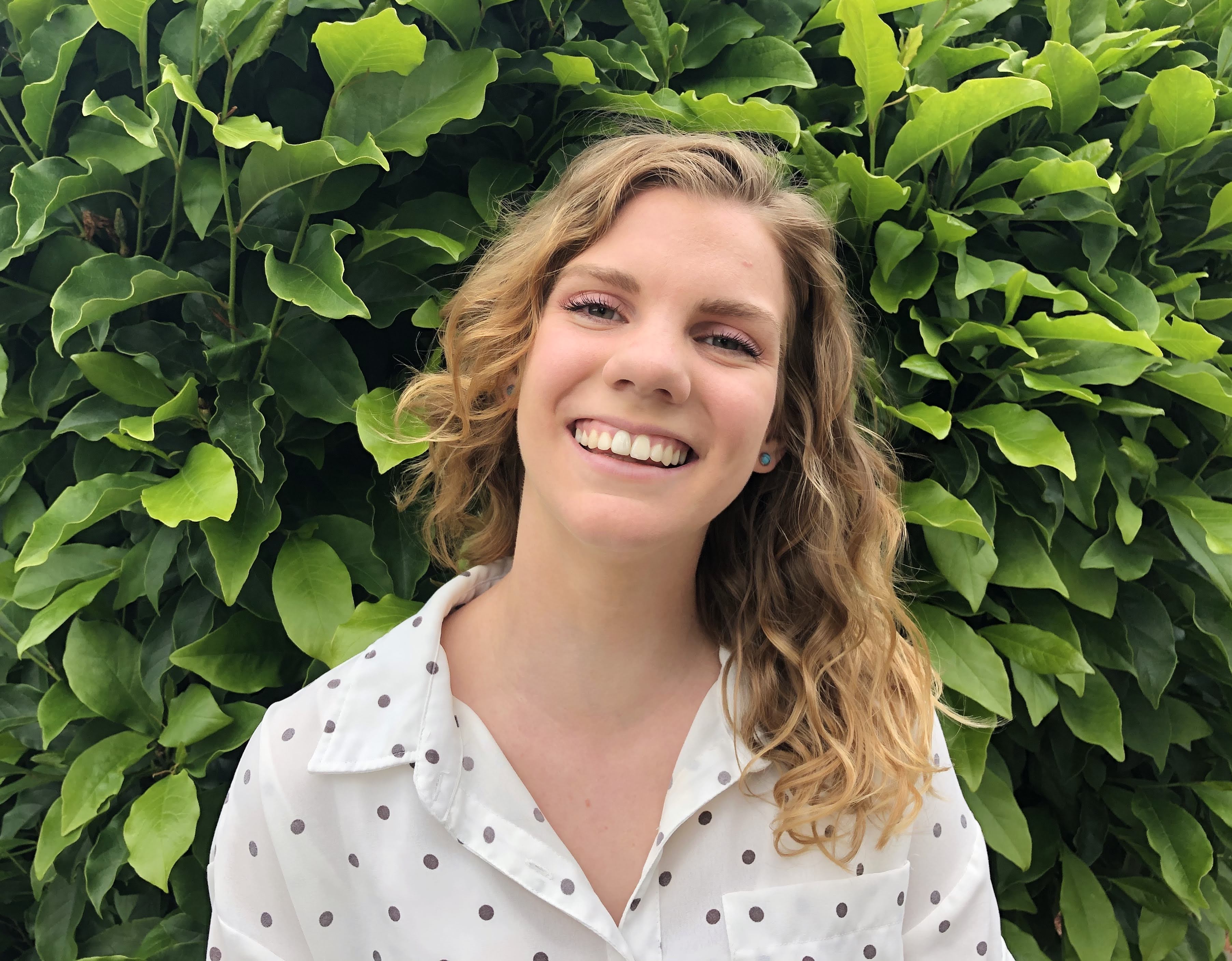 She coordinates Bridge enrollment efforts and is also on L2TReC's corpora development team.

Jason Andrus was a visiting assistant professor of Middle East Studies and Arabic at Brigham Young University in 2016 and currently adjunct professor there. He is a scholar of law and religion with a Juris Doctor degree from NYU School of Law and a MA in Comparative Religion from the University of Washington.  During the course of his graduate work his research in Arabic law and texts has given him the chance to continually teach courses in his first love in Middle East studies, Arabic language. He has taught first through fourth year Arabic courses at the University of Washington, NYU, BYU, in Amman, Jordan, and in Cairo, Egypt. His current research and writing focus is the intersection of law and religion in order to address incongruities between the legal/political system and conceptions of justice, in particular rationals for criminal punishment and majoritarianism in heterogeneous societies.

Shin Chi Fame Kao is K-12 Chinese Outreach Coordinator in Confucius Institute at the University of Utah as well as Chinese Dual Language Immersion Program 7th-9th Grade Coordinator in Utah State Board of Education. She works in the areas of developing the curriculum and training teachers for the K-12 Chinese Dual Language Immersion program in Utah. She has 17 years of experiences in teaching Chinese language and culture to a diverse array of students of varying ages and abilities. Her research focuses on applied peer assisted learning strategies (PALS) to develop an effective Chinese reading program for Chinese language learners.

T. Dori Huang got her graduate degrees in political science from National Taiwan University, Columbia University, and Duke University, and worked as a piano teacher, policy analyst, and college lecturer before relocating to Utah. She earned a degree in world languages with a secondary teaching license from the University of Utah, specializing in Chinese linguistics, second language acquisition, and curriculum development. She has been teaching Chinese from elementary to college, from beginners to advanced learners offering a full gamut of 10 levels of Chinese courses (including AP and IB Chinese). Currently, Dori teaches at Weber State University and serves as the president of the Utah Association of Chinese Teachers. Her research interests are in curriculum design, literacy development, as well as second language and multilingual acquisition.

Lily Alavi is an Associate Instructor of Persian language at the Department of World Languages and Cultures at the University of Utah. She has taught Persian Intermediate I &II and Persian Advanced I & II. She is also responsible for the Community Engaged Learning course of the department, which has a CEL designation (Community Engagement Learning) from the Bennion Center. This course entails lectures and readings, cross-cultural communications through simulation exercises, and community service in the Salt Lake City region.  Lily was born and raised in Tehran, Iran and lived there until 1993. She has a bachelor degree in French-Persian translation from Iran and a Master of Art in French Literature from the University of Maine, where she lived and worked for several years prior to moving to Utah in 2009.

Takashi Ebira is currently Associate Professor of Japanese at Salt Lake Community College.  He received both a B.A. and an M.A. in linguistics from the University of Utah.  He also received a TESOL certificate when he completed his M.A. program in 2001.  Takashi was Assistant Professor of Japanese at the Defense Language Institute (DLI) in Monterey, California.  While he was at DLI, he also served as an ILR OPI tester and conducted Japanese speaking tests for U.S. and Canadian military personnel.  Takashi's current academic interest is related to contrastive linguistics between English and Japanese, including pedagogical grammar and present-day usage of both languages.

Hyesun Kim is an Associate Instructor of Korean language at the Department of World Languages and Cultures at the University of Utah. She received her bachelor's in Arabic at the Hankuk University of Foreign Studies in Seoul, Korea. During her undergraduate, she received teacher licensure in Japanese and Arabic. She received an M.Ed. in teaching Korean as a foreign language at the same institution. She completed her M.Ed. and TESOL certificate at the University of Utah. She is a Ph.D. candidate in Education, Culture and Society. Hyesun’s current academic interests include heritage language education among immigrant families in the U.S. and family language planning and policy related to their language ideologies and language identity.

Koeun Park (Kona Eldredge) is a Korean language instructor in the Department of World Languages and Cultures and L2TReC, a doctoral student in the Department of Education, Culture and Society, and a graduate assistant at the Urban Institute for Teacher Education within the University of Utah. She earned her M.Ed and bachelor's degrees in linguistics (with TESOL certificate) and international studies at the same institution. Since 2013, she has been teaching Korean courses both to university students and military linguists at the U. Previously, she directed a Korean community heritage language school where she also taught. She coordinated an ESOL program and taught English to refugee populations at Salt Lake County. Her specific areas of interest include bilingual education, heritage language education, multicultural education, and TESOL.

Elena Grajinskaya graduated from the Lomonosov Moscow State University with a degree in Journalism, Literary Editing, and professional certification in Teaching Russian as a Foreign Language. Her research interests include international collaborations in the history of Russian journalism with a paper published about the Polish publicist and writer Jozef Ingacy Kraszewski in the Moscow University Annals (Vestnik MGU, Journalism series). Elena is a supporter of contextualized language instruction. She also obtained her M.B.A. degree from the University of Utah and co-founded an educational non-profit organization.

Olga Savenkova was born and raised in Russia. She holds two Bachelor degrees from Russian universities, BS in Economics (Moscow State University) and BA in Cultural Studies (Nizhny Novgorod State Linguistic University), and a Master degree in Comparative Literary and Cultural Studies from the University of Utah. She is currently pursuing her doctorate degree in the same program. Her research interests include Russian, American, Classical Greek, and Modernist literature and culture. In teaching she focuses on communication and cultural topics. Her personal interests include family, classical music, and creative writing.

Mónica B. Orcutt holds a M.A. in Spanish Language, Culture and Latin American Literature from Brigham Young University-Provo and has also completed post graduate course work at the University of Texas at Austin.

She received an Endorsement in Teaching English as a Second Language and has completed mediation courses.  She also has training in Legal and Medical Translation and Interpretation.

She has been dedicated to presenting her research at scholarly conferences and publishing of her work. Monica’s literary research includes Latin American Jewish literature, women writers, culture, Latin American theatre and creative writing. She is the author of the book, Claves en el teatro de Nora Glickman.

She has extensive experience developing curriculum and facilitating intensive courses for the military.