Alexandria, VA—The American Council on the Teaching of Foreign Languages (ACTFL) will announce the recipient of its annual ACTFL National Language Teacher of the Year Award at its Annual Convention in San Diego next month. The finalists representing the five geographic regions of the U.S. are:

The official 2016 National Language Teacher of the Year will be announced at the Opening General Session of ACTFL’s Annual Convention, in San Diego, CA on Friday, November 20, 2015 from 8:30 – 10 a.m. in Ballroom 20 in the San Diego Convention Center.

The award for the ACTFL National Language Teacher of the Year is intended to elevate the status of the language teaching profession at the state, regional, and national levels by creating opportunities for recognizing the most accomplished members of the profession. The Language Teacher of the Year becomes a spokesperson for the language profession in order to increase the visibility of the importance of learning languages and cultures to the general public.

More information about ACTFL Teacher of the Year Program.

ABOUT ACTFL
The American Council on the Teaching of Foreign Languages (ACTFL) is the national association for language education professionals from all levels of instruction and representing all languages. With more than 12,500 active members, ACTFL provides innovative professional development opportunities, acclaimed training and certification programs, and widely cited books, publications, scholarly journals, research studies and language education resources, including Foreign Language Annals and The Language Educator magazine. As part of its mission and vision, the organization provides guidance to the profession and to the general public regarding issues, policies, and best practices related to the teaching and learning of languages and cultures. ACTFL is a leading national voice among language educators and administrators and is guided by a responsibility to set standards and expectations that will result in high quality language programs.

Fernando Rubio Nominated for ACTFL 2016 Teacher of the Year Award 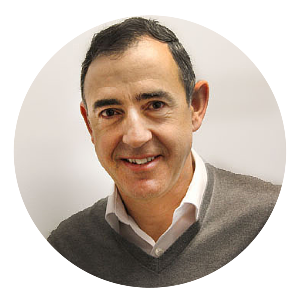 One would think that the value of learning other languages and cultures should require no explanation. Proficiency in a language other than your first allows you to understand other people’s points of view and broaden your perspectives of the world in addition to the obvious practical advantages of being able to communicate with others around the world. However, although evidence is abundant on the value of learning foreign languages, from instrumental benefits to cognitive advantages, our educational system is still struggling to find the necessary resources to make it a priority. Perhaps the reason may be that, until recently, the understanding was that language learning is a difficult, long and very often unsuccessful process that should therefore be left to those with exceptional aptitude or the necessary financial means; or perhaps it is the assumption that our attention and resources should be directed to the more practical and marketable STEM (science, technology, engineering and math) subjects. And while I agree that both expertise in the STEM subjects and adequate linguistic and cultural proficiency are crucial to compete globally, I believe that in the 21st century, in an increasingly interconnected world, collaboration will be even more important than competition, which will make multilingualism and multiculturalism even more essential for our ability to successfully collaborate. Proficiency in foreign languages and intercultural competency will be just as critical as expertise in the STEM fields.

Our challenge as a profession is to make language education efficient, effective and relevant. In general, the current state of foreign language education or, more precisely, its outcomes, are woefully inadequate. Only about one-fourth of high school students take a foreign language. The situation is even worse in higher education with only one in ten students studying languages. Most of those students go through short programs, often no more than two years, which results in minimal levels of proficiency. I believe that, as a profession, we need to set a goal to make language education accessible to every student and teach more languages to more students at more levels with the goal of increasing the country’s language capacity and global cultural awareness. We need to strive to introduce language instruction earlier and extend it further. Our goal should be to create extended and well-articulated learning paths from a basic exposure to a second language and the culture/s that it represents at the elementary level, to professional expertise and the resulting increase in global awareness at the higher levels of post-secondary instruction.

I am lucky to live in a state in which both the community and the government understand the value of being multilingual and multicultural. We are fortunate to have a statewide initiative for dual language immersion that is the envy of the nation. However, without adequate planning and extended support to cover the secondary and post-secondary levels, that financial and human investment will be wasted. Our responsibility is to work together as a profession across institutional, linguistic and curricular boundaries to gather the necessary support from the local, state and federal levels to promote the development of second language and cultural proficiency at all levels.