Anne Lair serves as the Secondary French DLI Coordinator under the hospices of the Second Language Teaching and Research Center at the University of Utah. She organized two school visits on Friday December 4, 2015, for Mr. Karl Cogard, Attaché for educational affairs, from the French Embassy cultural services, Washington. They were accompanied by Kaye Murdock, Director of the French DLI program, and Michèle Harward, World Languages and French DLI Specialist for Canyons School District. 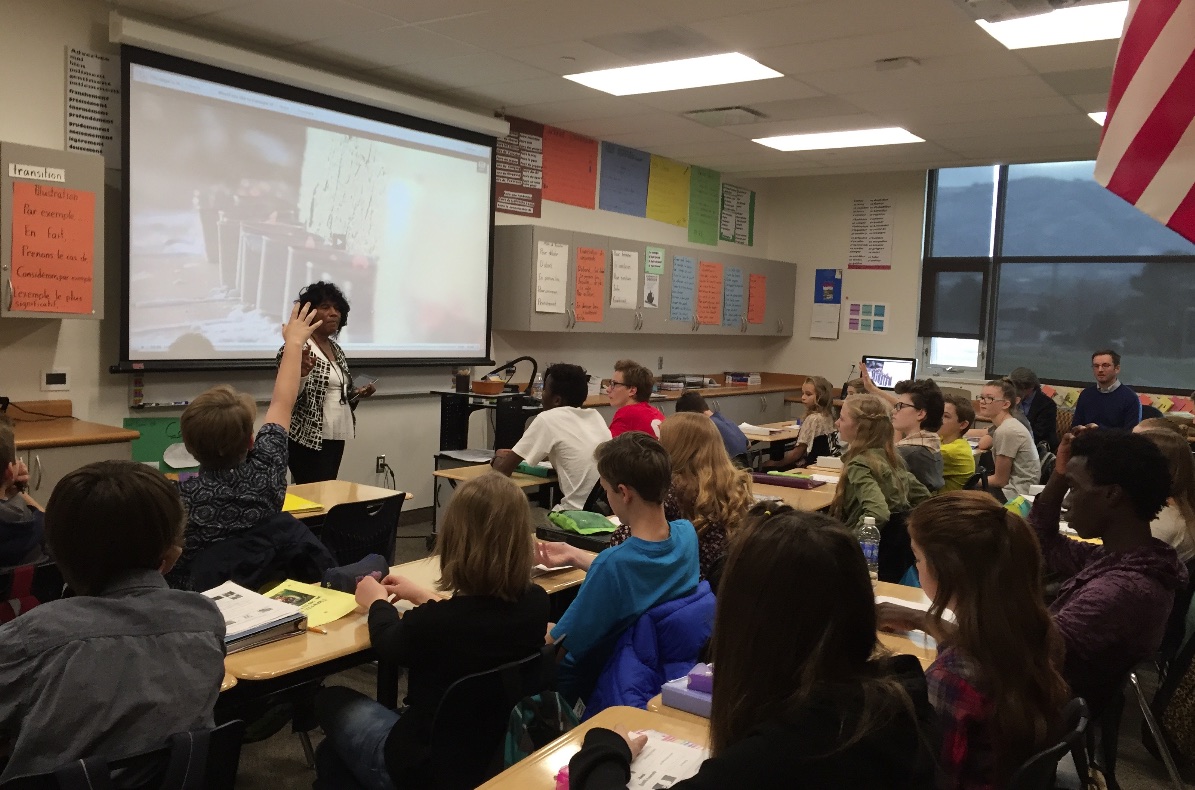 At Draper Park Middle School (Canyons School District), students in Mme Christensen’ s Culture and Media class watched a video from the French TV5 channel about the November Paris terrorists attacks. Students discussed various aspects of French History and the different symbolism of France. Then students extended the discussion to include a comparison with their own culture, and how both countries are facing similar issues. 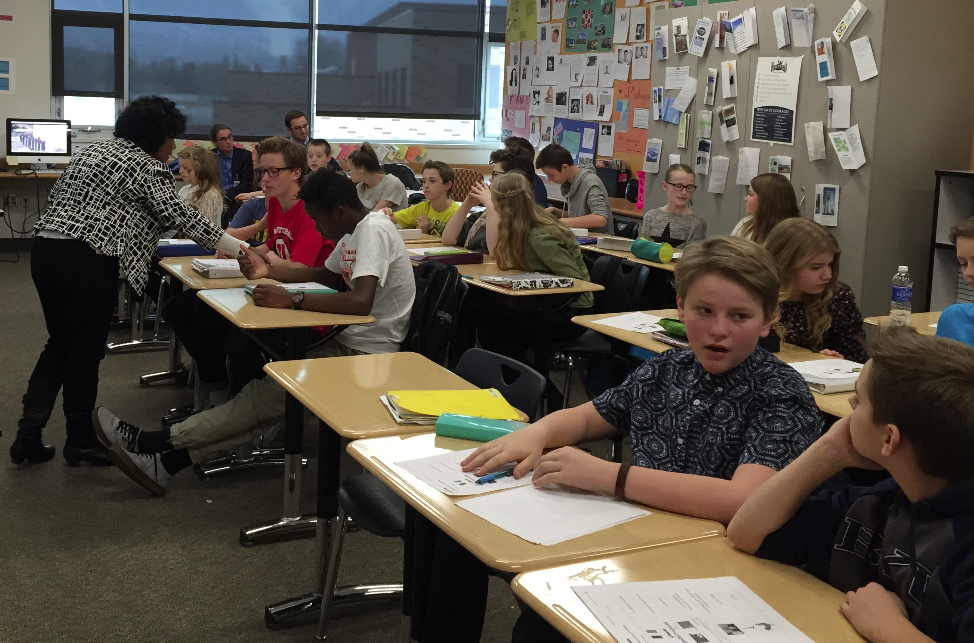 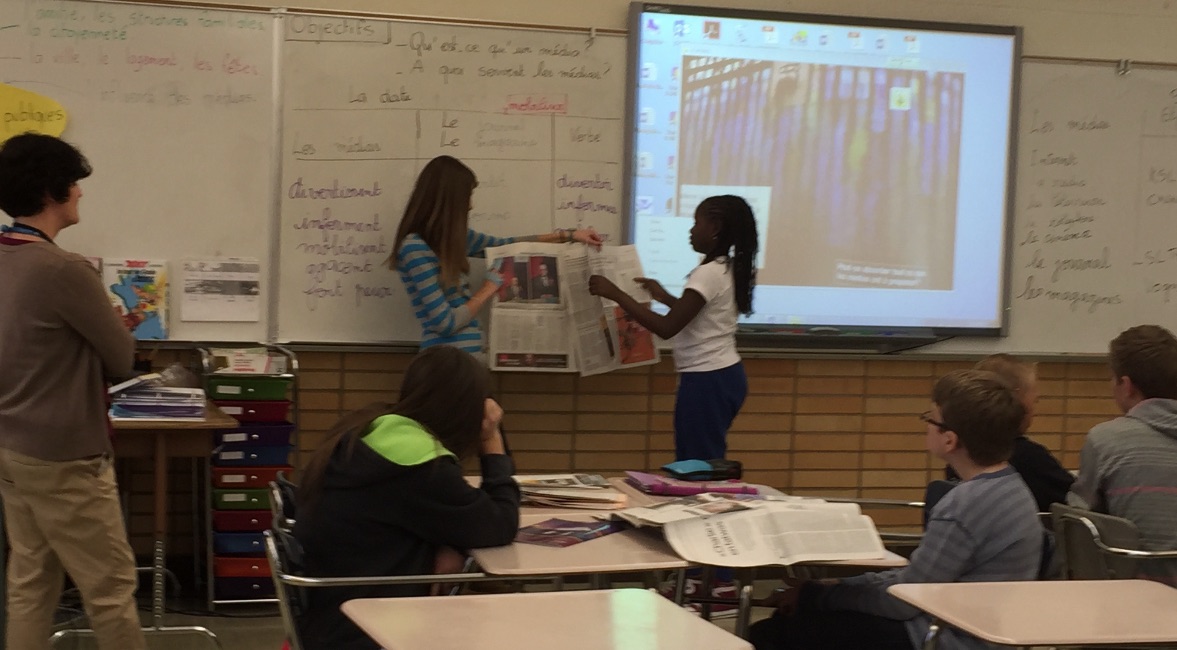 At Churchill Junior High school (Granite School District), Mme Cha-Philippe’s students in DLI French Honor’s 3 worked on the literary text “99 Francs” by French writer, Frédéric Beigbeder. Next, students expressed their opinion on the role of the media in their daily life, using the previously learned vocabulary to describe a few French magazine/newspaper used in the classroom.

Mr. Cogard walked around in both classrooms to measure students’ ability to write and speak about these current topics. He was extremely impressed by the students’ abilities to comprehend the language. 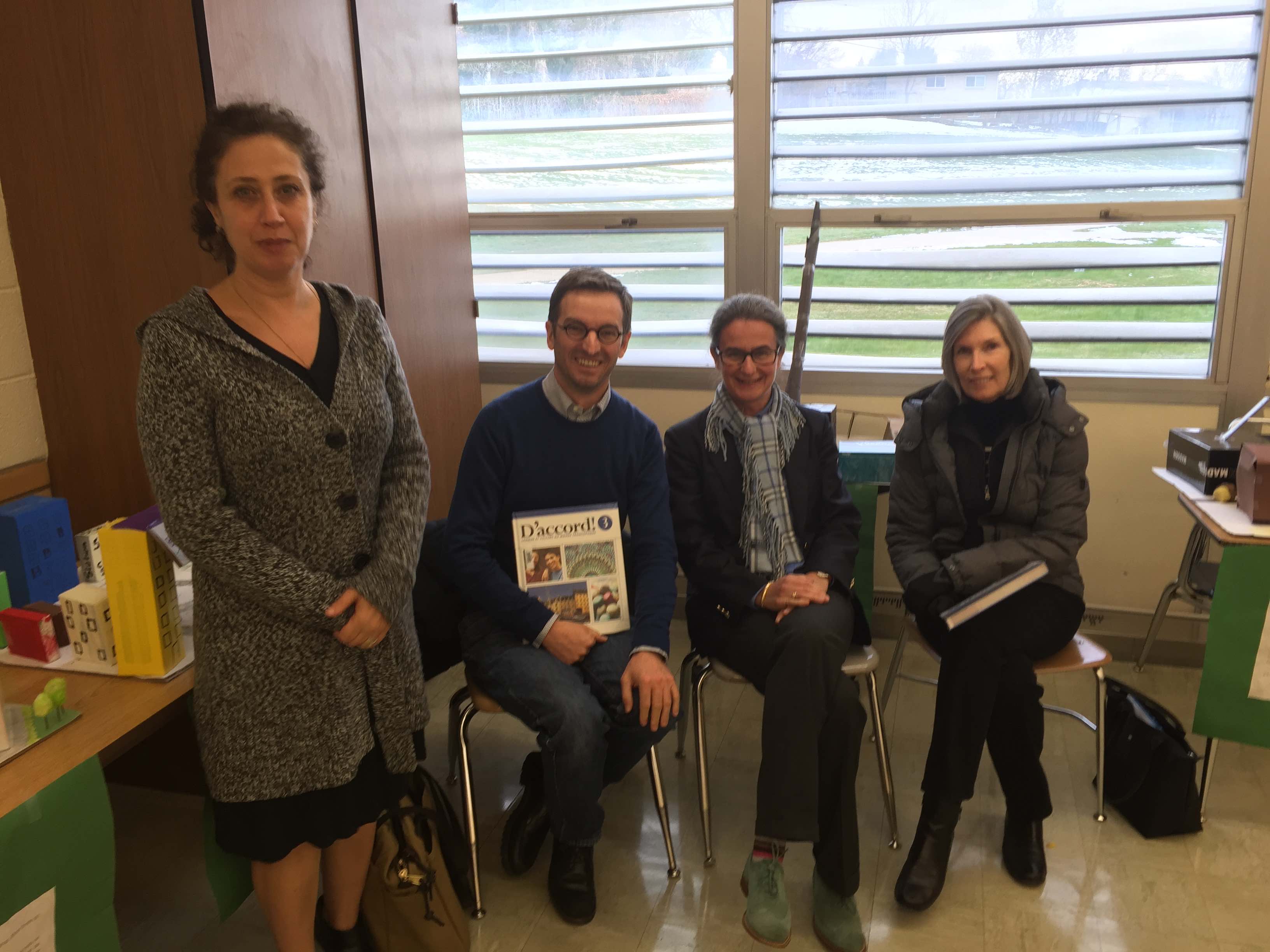 "It is an honor for all of us to have Mr. Cogard in our schools and to share with him what our courses look like. Culture is at the core of our Secondary DLI curriculum; for instance in French, our Culture and Media course is mainly based on TV5, RFI, French magazines, and Arte. It brings authenticity and allows students to gain knowledge about French culture that lead towards intercultural competencies."